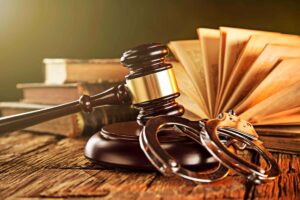 A JURISDICTION In Criminal Actions: The Enacting Clause

Every state constitution (except Virginia, Pennsylvania, Georgia, and Delaware, and the federal Constitution) mandates that an enacting’ clause be part of each and every law properly enacted by the state Legislature. In the case of the four states and the federal government, whose constitutions lack such a mandate, state and federal Supreme Courts have consistently ruled that an enacting clause is never the less a requirement of any properly enacted statute or the law.

A JURISDICTION In Criminal Actions

These and countless other Supreme Courts have further ruled that any law which lacks a required enacting clause is void on its face and need not be obeyed!
An enacting clause is the portion of a law, rule, or regulation that identifies the relationship between the lawgiver and those who are expected to obey the law.

The enacting clause for the Ten Commandments was “I am the Lord thy God, who brought thee out from bondage in Egypt.” Anyone hearing this message understands that it is God who is laying down this law. I could say “thou shalt not kill” but who is obligated to obey me? The enacting clause informs the Citizen of the authority behind the law; if the Citizen is subject to that authority, then the law which follows has jurisdiction over him/her.

In medieval England, a town crier might have been heard to say, “Hear Ye! Hear Ye! His Most Royal Highness and Excellent Majesty, Emperor of the Irish Republic, Lord Duke of Wales, King of England, and High King of the British Isles, does hereby decree…” This is an enacting clause. If you are a subject of this monarch then his decree holds jurisdiction over you; if you are not his subject, you do not have to obey.

In other words, if you are not a member of a corporation, bank, or government, you are not obligated to obey their policies.
This distinguishes the sovereign man from the Territorial Federal United States or STATE OFs’ Citizens, Persons, Legal Fictions, STRAWMEN, Entities, and or corporations.
Conversely, if the Citizen is not subject to the authority of a given statute or code law, then that law has no effect upon him/her.
Think about it..

The post A JURISDICTION In Criminal Actions Part 4 appeared first on Cancel Your Mortgage With The CAP Financial Security Instrument NOW!.