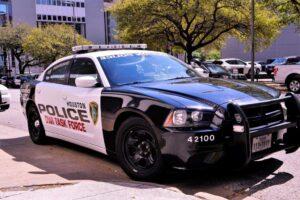 A continuation from “Did you pay for Your Property with Substance” or Consideration.

So here you are holding this government corporation police-issued traffic ticket in your hand. Do you see the “serial number” on it? Of course, you do! You also see where on the back or the front in some States it demands payment of $75 dollars (Or appear in Court).

If that amount ($75) is the “indicated value or value amount” of the traffic ticket, and the claim or lien (serial number) is EQUAL (in “real value”) TO the indicated amount of that ticket, then WHEN did that $75 dollar claim or lien come into existence?

Did that claim or lien take effect BEFORE or AFTER you received that specific ticket and serial number?
If BEFORE, then what was the TRUE VALUE AMOUNT of that specific ticket BEFORE you were even pulled over since there was no dollar amount written by the Government Code enforcement Police Officer? Has there ever been a reported case of anyone stealing or using a police officer’s traffic citation booklet as money to purchase things? NO!

If that specific ticket, therefore, had NO REAL VALUE even after you received it, then is the REAL VALUE actually ONLY with the serial number of that ticket in the form of a claim or lien FOR THE DOLLAR AMOUNT stated upon that ticket?

If the indicated dollar amount stated upon that ticket makes reference to United States Dollars (Federal Reserve Notes); and those dollars are based entirely upon and issued as “DEBT” …then what is the ACTUAL VALUE AMOUNT that the ticket requires to satisfy the payment in demand? If the ACTUAL VALUE AMOUNT in demand is “DEBT” …then can DEBT be “issued” (discharged) as a means to satisfy the demand?

If you have $75 Federal Reserve Bank promissory note dollars in your wallet at the time, can those fiat $75 dollars be used to “discharge” the payment in demand? Will the Police Officer accept your $75 dollars? NO!

Simple: You Discharge that first Debt through the same means that created THAT Debt in the first place!
To do so, first, you have to understand how YOU created that DEBT. Look at it from the perspective of when you applied for that car loan.

You funded your own loan with your redemption funding signature! (Your own Debt). BUT did you give any substance such as gold or silver coins or did you use the FRN dollars that only gave you temporary possession without an MSO/MCO Certificate of Ownership receipt by the dealership; thus, giving your automobile to the STATE OF Sub-corporation of the United States Government as owner. Think about it..