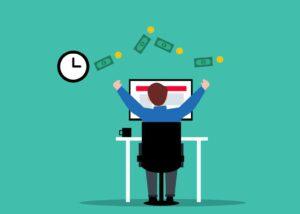 Applying for an Auto Loan, Mortgage Loan, or any other Bank Loan – funding YOUR OWN Loan (YOUR OWN Debt)!

First, everything begins with an understanding that all banks in the United States today are more or less Federal Reserve Private Corporate Bank Investment companies that borrow money from larger banks or investment Trusts through a “Warehouse” line of credit as Banks cannot loan or lend their own money, assets, or their depositors’ money.

These Bank investment companies are extensions of the Federal Reserve Private Banks Corporation to the degree that they issue and exchange “Federal Reserve International Promissory Note Dollars” and other registered securities such as the New Credit Agreement Debt Payoff Security and use them as money or debt instruments with no intrinsic value or consideration that are backed by the good faith and credit of the United States Corporate Government only.

Pursuant to the existing laws, and the fact that each bank holds a small micro-fraction of shares in the Private Federal Reserve Bank, they are therefore considered an extension (or franchise) of the Federal Private Reserve Central Banks.

The fact that they issue and exchange Federal Reserve Notes and other financial security Instruments money, Promissory notes debt instruments, along with the fact that they are protected under Federal Banking Laws, establishes them as semi-affiliations, as well.

Active Public Law 73-10, Chapter 48 Sections 112 and 113, the old HJR 192 that was repealed in part in the 1980s, with the Government obligations to pay all debts incurred by the American people is still valid laws.

Therefore, be it a traffic ticket, a Federal Reserve Private Note Dollar, New Credit AGREEMENT Debt Payoff Registered Financial Security Instrument, an auto loan application, credit application, mortgage contract document or anything else – is considered a commercial contract when it involves a signature of any sort, especially your funding signature.

And Federal Reserve Notes DO have signatures upon them. Take a closer look at the Federal Private Reserve promissory note Dollars! So then, with this comprehended by you and as applies equally to traffic tickets just as much as bank auto loan applications or Mortgages, now you can come to appreciate just how Powerful your signature really is and how often you take it for granted.

When you enter your signature upon a bank auto loan application (or any bank loan), you are actually entering your signature (Your “COLLATERAL”) upon a Promissory Note (sort of like an I.O.U. Note). Under the Uniform Commercial Code, a “signed” Promissory Note is a negotiable instrument, a security, U.S Currency, or money – and is EQUAL in VALUE to the AMOUNT stated on the face of the debt paperwork (commercial contract).

So when you sign that auto loan or the two-part mortgage based upon your good credit, they become EQUAL in value to the loan itself. Thus, these Bank and government corporation application contracts become MONEY!

And the money is taken out of your Government STRAWMAN or Legal Fiction Redemption Account established by the U.S. Government to pay all your debts by your twin baby lost at sea all caps Birth Certificate and Social Security Card and Numbers.

Well, at least an ASSET of VALUE “equal to” the stated amount of money as is stated upon the corporate commercial application paperwork that you’ve just signed. The bank then deposits the contract as a security into a transaction account in your ALL CAPS NAME. This bank account is the Bank’s ASSET and MONEY.

None of this is revealed to you. It is then officially considered an ASSET to the bank that owns it. The bank then stamps it with “Pay To The Order Of” and “Without Recourse” meaning that the bank is not responsible for any loss to you.

From there the original Lender bank then forwards and SELLS or ASSIGNS which is the same thing your signed “PROMISSORY NOTE” to the Federal Reserve in exchange for the amount stated on the loan application and loses “Perfected Title Interest” which means that no one entity can legally or lawfully foreclose on your property.

You must educate the Judge and our sample Claim in our Client Instructions does just that so the judge understands (Comprehends) the Banking system and securitization. If a Mortgage, it is sold or assigned to the Investor Trust that gave the Bank the money to lend you. This is why your servicer will inform you that, for example, Freddie Mac owns your mortgage. Freddie Mac is the Investor Trust. Even Freddie Mac or the Servicer has no perfected interest to foreclose..

What has now taken place is that you have more-or-less just “PAID FOR” your new car or your home or land with your funding signature. Right then and there! But the bank says it is a debt that you must pay and you believe them. This is not true!!

The bank accepted your automobile or mortgage Promissory Note as an ASSET, collateral, and money!
They in turn exchanged your ASSET for dollars (Federal Reserve Private Promissory Note Dollars). Thus your funding Signature on your Promissory Note just PAID FOR everything!
Think about it..