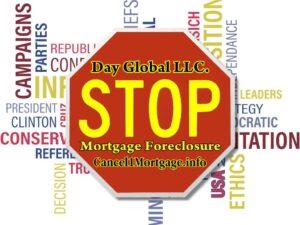 Be sure to read this 8-part informative video series transcripts at Cancel1Mortgage.info and watch all my David Young YouTube videos under the David Young channel and especially in the coming weeks ahead to learn more about the Bank fraud in mortgage and foreclosure cases. This is part one of the series..

According to the Federal World international Postal Court, the symbols of lawful Post Office money currency are $ for USA Dollar currency. A “C” or “L” with a single line in the middle going across is for UK or England British Pound Sterling Currency.

Without one of the Country’s money currency symbols, there is no money, value, or Consideration and no debt loan! Money without any of these symbols is equal to FRAUD, Breach of Public Trust, and a Counterfeit with no intrinsic value!!
No VALUE!! As stated by the senior judge for the Universal Postal Union World Court.

The $ sign is Universal Postal Union, UPU, Post Office Currency that controls all world commercial trade and mail from the confederation original styled or named “The United States of America” and is on every Postal Stamp as $ or c = cents of actual payment for mailing all items in the commercial.

These currency money symbols mean “GOLD BACKED” Intrinsic Value Consideration. The United States Post office is not the USPS courier corporation with their printed paper stickers attached to your letters or packages folks..

The UNITED STATES Corporation Dollar Fiat Money is just paper and fiber printed in the PRIVATE by the Federal PRIVATE Reserves and then released to the Public.

These contain two signatures recorded with the SEC and your wet blue inked Trust Signature recorded with the county on their Unilateral one-sided Illegal Contracts in the commercial as debt instruments without containing the $ sign symbol to designate Money or Currency.

This is Fraud, Counterfeiting, and of NO Value intrinsic or otherwise. The Governments are robbing you when you give the sweat of your brow by working and your Public Trust in the protection of your Federal Territorial Government and Bank Corporations. The world court is currently looking into and investigating this GOVERNMENT SCAM and FRAUD.