Tax payers should be outraged as the Obamacare Website cost has exceeded 2.1 BILLION US DOLLARS and it still doesn’t work! 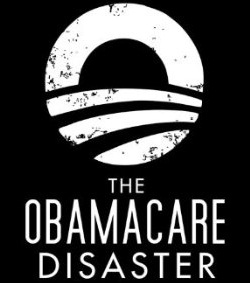 Below is a quote from the article

The federal government’s Obamacare enrollment system has cost about $2.1 billion so far, according to a Bloomberg Government analysis of contracts related to the project.

Spending for healthcare.gov and related programs, including at the Internal Revenue Service and other federal agencies, exceeds cost estimates provided by the Obama administration, the analysis found. The government’s most recent estimate, limited to spending on computer systems by the agency that runs the site, through February, is $834 million.

Healthcare.gov and its associated programs are the main portal for millions of Americans to sign up for coverage under the Patient Protection and Affordable Care Act known as Obamacare. Spending for the system has been a matter of dispute between the administration and Republican opponents in Congress, who have tried to block funding for the law.

“The way in which Obamacare has been rolled out has been very messy,” with spending scattered across dozens of contracts, many of them predating the law and amended afterward, said Peter Gosselin, a senior health-care analyst at BGov and lead author of study. “One of the reasons it has been implemented in the way it has been, financially, is precisely to deny opponents of the law a clear target.”
Contractor Infighting

The construction of healthcare.gov involved 60 companies, supervised by employees of the Centers for Medicare and Medicaid Services instead of a lead contractor, according to the inspector general at the Health and Human Services Department. The project was marked by infighting among the contractors, CMS officials and top officials at HHS, the Cabinet-level department that oversees CMS, according to e-mails released Sept. 17 by the House Oversight and Government Reform Committee.

Aaron Albright, a spokesman for CMS, disputed BGov’s calculation, which included parts of the federal health insurance system other than its computer elements.

“The GAO, HHS’s Inspector General and the department all measured the cost of marketplace-related IT contracts for healthcare.gov,” Albright said in an e-mail. “But this report measures different things, and not surprisingly, produces a different number.”
Consumer Savings

Albright added that the Affordable Care Act had saved consumers about $9 billion in health-care costs so far.

“CMS takes its responsibility for spending taxpayer dollars seriously,” he said. “That’s why we’ve moved aggressively to implement extensive contracting reforms, bringing in new leadership to oversee marketplace operations, hiring a systems integrator, and ending our largest contract with CGI and moving to a new type of contract with Accenture that rewards performance.”

The Medicare agency and independent auditors have had trouble tracking the costs of Affordable Care Act programs. The Government Accountability Office, a congressional agency, said in a Sept. 22 report that it was “difficult and time consuming” to obtain financial information for the Center for Consumer Information and Insurance Oversight, the CMS office that manages many ACA programs, and that it “could not determine the reliability of most of the amounts” CMS provided.

Albright said CMS has created a task force to track costs of the insurance exchange and “strategically manage” its future acquisitions.

Healthcare.gov opened on Oct. 1 last year and promptly collapsed, preventing millions of Americans from enrolling in coverage until December, after a frantic repair effort. By April, about 8 million people had initially signed up for private health plans using healthcare.gov or state-run systems, according to the federal government.

About 7.3 million people were enrolled in private coverage obtained under the Affordable Care Act as of Aug. 15, the CMS administrator, Marilyn Tavenner, said last week.

The BGov analysis is based on contract data compiled by the Washington-based organization, which is a division of Bloomberg LP separate from Bloomberg News. BGov’s price tag includes several large costs left out of the Obama administration’s estimate: $387 million in spending for healthcare.gov by the IRS and other agencies outside the health department; a $300 million contract to process paper applications; and spending by CMS after Feb. 28.

Senator Lamar Alexander, a Tennessee Republican who has scrutinized the Obama administration’s construction of healthcare.gov as the senior Republican on the Health, Education, Labor and Pensions Committee, said the cost of the site exceeded the combined value of his state’s three professional sports teams.

Despite the spending, the site “still isn’t secure, doesn’t let people easily compare doctors and medications covered by each plan, and has not processed all of the applications from last year’s open enrollment,” he said in an e-mail from a spokeswoman.
Insurance Subsidies

While spending for healthcare.gov has exceeded official estimates, the Affordable Care Act is coming under budget in at least one area: subsidies to help Americans buy insurance.

The BGov analysis estimates the government will spend $14.9 billion through the end of September to reduce premiums for people purchasing Obamacare plans. The administration predicted it would spend more than twice as much: $36.7 billion.

The discrepancy may be an indication of problems healthcare.gov has experienced communicating with computer systems at health insurance companies, Gosselin said. The subsidies are paid directly to insurers, and there may be a lag for the transfers because healthcare.gov’s back-end connections to insurers aren’t complete.
“Round one, the crisis was in the front-end of the system,” Gosselin said. “Round two, it’s going to be in the back office.”