Secret US Constitution Revealed to all Americans!

We have two constitutions?

See how The Secret Constitution was created and How Lincoln Redefined American Democracy! 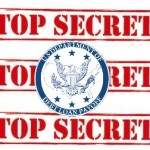 This video says that the Civil War marked the end of one era of American legal history, and the beginning of another. Abraham Lincoln’s famous Gettysburg Address is viewed as the beginning of a new kind of “covert” constitutional law – one with a stronger emphasis on equality in the wake of the abolition of slavery – which was legally established in the Amendments made to the U.S. Constitution between 1865 and 1870. The author asserts that the influence of this “secret constitution”, which has varied in degree from Reconstruction to the present day, is visible in the rulings of the Supreme Court on issues hinging on personal freedom, equality, and discrimination.